We're doing Act 1 Scene 2 again and this time I'll be performing in it! Last year I was the Literary Manager for it. That was a lot of fun, but I could see that being in the show was a lot of fun too. With a little creative scheduling, I was able to make myself available for enough rehearsals to make being in the show possible. Of course that meant missing the first rehearsal for the show last week. Last night I attended the second rehearsal and my first rehearsal that I wasn't also directing in over a year. Wow! It was a good break, but I'm glad to be back.

So what did we work on last night? Well, maybe I should remind you what the show is. For Act 1 Scene 2, we accepted submissions from playwrights... Wait, what? Un-Scripted accepted submissions from playwrights? Yes, you read that correctly. We have playwrights write the first scene of a full length play. We perform a cold reading of it on stage, put the scripts down, and improvise the rest. We have a different playwright and play every night, and we interview the playwright on stage before the show so that we can improvise it in their style, as if they had written the entire thing.

So, what did we work on last night? Dialogue. People talk in different ways. Characters in plays talk differently then characters in most improv shows. We first encountered this way back when we did Theater: The Musical, so we have some experience tackling it. Improvisors are trained to "yes-and", which is a very good thing to do. Unfortunately we often take it entirely too literally. For instance, two characters in a scene might both be avoiding a subject. They might avoid it by carrying on parallel conversations where each is talking about something else and appearing not to be listening to what the other is saying. This is very realistic as we do this all the time in our regular lives. This is very contrary to improv training. We're supposed to listen. We're supposed  to build on the other person's offers! The important thing to remember here is that there is a difference between your character and you the improvisor. You can be listening while your character isn't. Having your character ignore what the other person is saying might be yes-anding their offer, depending in the context. 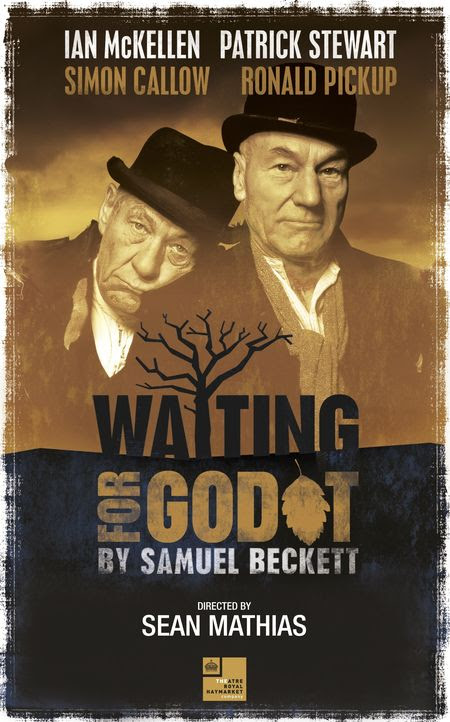 We worked on arguing. Not yelling at each other, mind you, but pressing a point while evading the other person's point. We explored the different tactics you can use, such as having a parallel conversation, or not talking at all, or refocusing the conversation back on the other person. We also worked on "gossiping". In improv "gossiping" is talking about somewhat who is not onstage. As a beginning improvisor, we're taught not to do this because it pulls you away from the characters who are onstage at the moment. And, in your average improv show when you talk about someone who's not onstage, you're likely to see that person in the next scene or in this one if they enter it. That's not true in plays. Plays often have characters discussing characters who never show up. Waiting for Godot is the classic example, but not the only one. How do they get away with it? Simple: talking about the other person is how you're exploring the relationship between the two characters onstage.

After working on all of that in groups of two for a while, we moved on to improvising some first scenes. Wait, what? All of our first scenes will be scripted, why improvise them? Good question. The point of the exercise wasn't to improvise great first scenes of plays, but to begin working on script analysis. We improvised a first scene and then analyzed what we had to work with. If that had been our scripted first scene, what were the grains of sand that would become pearls later on. What is this play about.

After doing one of those, I had to leave. In my scheduling finagling, I had miscalculated a key piece of logistics for last night's rehearsal that required me to be in two places at once. Alas, rehearsal lost that battle. But I will be back! Next week, and I can't wait.
Posted by Alan Goy at 7:43 PM No comments: