What I've Learned About Directing 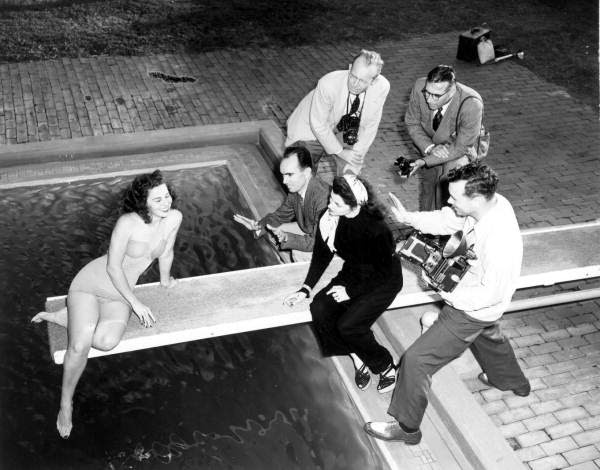 I’m in the midst of tech week for the show I’m directing for Impact, or “hell week” as it is often called. Directing an improv show and a scripted show back-to-back has been a stark reminder to me about the differences in the two processes. Over all, both are easier and more difficult at the same time. There really is no equivalent to hell week for an improv show, or at least it’s not on the same scale.

I also learned a lot doing these two shows back-to-back, or perhaps I learned more from simply directing for the first time in 4 years or more. The main lesson I’ve learned about directing an improv show is that it’s more like teaching a class than putting a show together. As a result it requires a much more well thought out curriculum from the very beginning, well before the first rehearsal or even the auditions. Un-Scripted: unscripted, being a show that did not require an obvious set of specific skills to perform, in retrospect I should have picked a set of skills that I wanted to work on and constructed the rehearsals around that larger purpose. That seems so obvious now, I’m surprised I didn’t think of it originally, but alas I did not.

As for what I’ve learned about directing a scripted play, I’ve learned I need to communicate better with my designers, push them and the actors harder, and generally trust my instincts. Perhaps it’s less trusting my instincts and learning to recognize my instincts. If something doesn’t seem right, it’s probably wrong.
Posted by Alan Goy at 5:59 PM No comments:

Posting about our Bollywood show in Chicago made me realize I never really wrapped up the posts about Un-Scripted: unscripted.

As I mentioned, I was not at Rehearsal #9 because I had already started rehearsals for Impact Briefs: Puberty . Here though is the rehearsal in time-lapse:


I also missed all but 1 show closing weekend as I was on a business trip in Dallas. I did however catch closing night which featured the best last scene of a run ever:


All told, we upload 16 clips from the show, which you can watch here.

If you'd like to watch the entire rehearsal process in time lapse from beginning to end, here it is!

“Sold out weeks ago” I believe was the statement I had heard weeks ago, and yet there was a notable contingent of empty seats in the house Saturday night for our performance of The Great Puppet Bollywood Extravaganza at the Chicago Improv Festival. (I’m fairly certain we had a larger crowd for our show at the festival back in 2005.) Hmm… I am told the marketing material for the festival contained a very poor description of our show (a “90 minute puppet show” or some such) which just goes to show you should always pitch the show you’re actually doing not the one you think your audiences want to see.

In any case, we still put on a fun and solid show for the folks who braved an unseasonably warm and drizzly Chicago night for the 11:30pm show. Fortunately the good folks of the festival gave us a full 2 hour time-slot in an actual theater to do our show. (Most improv in Chicago is an hour long which we learned is partially because theaters rent space by the hour for about the same amount we get space for an entire evening.) Unfortunately this meant our show didn't end until almost 1:30. You haven't lived until you've taken an intermission at 12:15am.

I’m sure eventually we will get some footage up on our YouTube channel, but for the time being, here’s the show summary that will appear in this week’s email:

Pooja, Sagar, & Raja's Excellent Adventure or A Revolution in Time

Sagar (Christian) and Raja (Alan as puppet George) take a job with the eccentric village plumber (Dave as puppet Andy) so they can court his daughter Pooja (Mandy). But Pooja is betrothed to the evil Rajiv (Clay as puppet Dungeon) whose father, the mad Dr. Chowdhury (Jenny as a finger puppet) wants to take over the village with his inhuman ideas about science. Instead of working on her father's wind-powered indoor plumbing device, Pooja, Sagar, and Raja build a time machine that takes them on an adventure across time and space and pirates. Will their travels save Pooja from her arranged marriage, the town from destruction, and Raja from certain death?

I managed to work in the phrase “What the fish?” many times, and helped shape a time travel plot that actually made sense, complete with my character from the future showing up in the present and dying at the top of the second half. This made for some really interesting scenes between my character in the present and the characters who knew I was going to die. Then of course came the highly satisfying scene near the end when my character finally got stabbed.

Drama you can only have with time travel really.

I think my singing was even halfway decent too, as I continue my quest to actually sing in my range. Much harder to do than it sounds.
Posted by Alan Goy at 3:39 PM No comments: